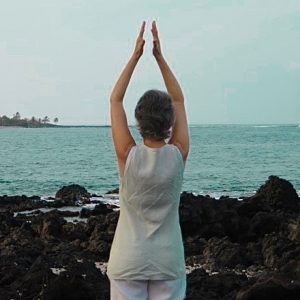 Results from recent research out of Halifax, Canada is showing that the routine practice of qigong can help lessen the pain of fibromyalgia and make a significant difference in the impact the disorder has on patients’ lives. Researchers enrolled 100 people, mostly women (average age 52) with longstanding fibromyalgia and assigned half of them to a treatment group and half to a waiting list. Those in the treatment group participated in a three-day workshop to learn specific qigong movements and exercises that emphasize relaxation and distribute qi throughout the body. After only eight weeks of practice the patients’ pain, as measured on a 10-point scale, had dropped by 1.55 points while those in on the waiting list reported only a 0.02 decline. When participants responded to a questionnaire (a 100-point measurement of the effects of pain, function, sleep and psychological distress), negative symptoms had declined by 18.45 points among participants in the treatment group, but only by 0.93 points among those in the control group. After six months, the women on the waiting list received the same training. Over time, the more qigong the women practiced on a weekly basis, the better (lower) they scored on measurements of the impact of fibromyalgia on their lives. We have had many students in our classes who have been told they have fibromyalgia. Through daily practice we’ve seen these students make great strides in pain reduction, improved sleep and greater stamina. It heartening to learn of scientific research that confirm these results.

Having a regular practice of qigong gently and gradually modifies many things, improving my attitude toward self and others, increasing my acceptance level, opening to new states of perception, and facilitating access to greater creativity.  It is a subtle, but profound difference.
END_OF_DOCUMENT_TOKEN_TO_BE_REPLACED

In these challenging times, my practice supports me to be grounded, calm, flexible and aware.  I highly recommend qigong to bring balance to body, mind and spirit.  I AM VERY GRATEFUL to have been introduced to qigong by Martha and Leo.
END_OF_DOCUMENT_TOKEN_TO_BE_REPLACED

On a personal level, Qigong has helped me to release pain, increase energy and creativity, and open to the flow of life’s blessings.
END_OF_DOCUMENT_TOKEN_TO_BE_REPLACED

During my first class, I felt energy pulsing throughout my body which left me feeling quite relaxed. This experience prompted me to start my first 100-day gong soon after.
END_OF_DOCUMENT_TOKEN_TO_BE_REPLACED

I feel so very grateful for Martha and her loving way of sharing the practice of Qigong that dovetails beautifully with my work!
END_OF_DOCUMENT_TOKEN_TO_BE_REPLACED

The benefits have been subtle and profound. There is a quietness and ease in my everyday life.
END_OF_DOCUMENT_TOKEN_TO_BE_REPLACED